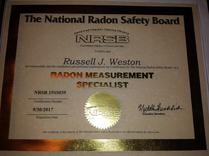 After studying carpentry and cabinetry in a high school in PA, Russ took on a job working in construction at just 17. A short time later his life took him in a direction that did not include his construction training, it took him in a new direction, as life usually does. He moved to OH and was married at 19 and began working in the gasoline industry just as a temporary measure.  With his child on the way, he returned to his true love of construction and began buying and fixing up repossessed, condemned houses to earn a little extra money.  It was here he began inspecting each new, prospective house to see what needed done to bring the house back to its original sparkle.

His attention to detail served him well as he made the decisions as to which house was a project he wanted to undertake, and which was not.  With his young daughter on one side and his tool box on the other, Russ worked diligently to provide for his family.

As is typical, life changed his paths again. His son was born and his daughter was growing, there was less time for remodeling and rebuilding of houses.  It became band recitals, summer camps, coaching little league, and work.  As fun as it was, Russ did not have as much time for remodeling homes as he once did.

Several years later, however, this same attention to detail would serve him well yet again, as he became a professional, commercial real estate inspector.  His children grew up (the way children do) and he found his house less noisy and had less commitments.  He grew restless and decided to pursue a second career.  He thought about a career selling real estate, but didn't feel it was quite the right fit. So instead of selling the homes like he had originally thought, he decided he would inspect them instead and help others see what he sees.

Eight years after beginning as a commercial real estate inspector, he felt it was time to move out on his own and into home inspecting. He took classes through HomeSpection Training Institute in Canton OH to earn his certification and become a professional home inspector.  He joined the professional trade organization "International Association of Certified Home Inspectors" or "InterNACHI" and continued his studies.  It did not take him long to earn other certificates through InterNACHI and the association “IAC2”.  He and his wife both earned their Radon certificates with Celia Rajkovich Health Physicist and Instructor.

His keen eye and dedication to his work has quickly earned him quite a reputation as a very detailed, very thorough inspector.  When possible his wife is a big part of helping with the inspections.  Together they check every accessible window, outlet, faucet, cupboard and drawer to ensure its integrity in the home.  They check the plumbing, the electrical, the HVAC, the roof, shingles and gutters, just to name a few.  They check everything Russ checked when he was buying and selling homes personally.  Which means, (as the customer chooses) each and every home is inspected as if they were going to buy the home for themselves.  Each and every job is taken personally, asking each other - would we want to live in this house, to raise our family here, to watch our children run and play and claim this as their home?

They look to see if the home just needs some minor repairs or if it is one that needs major renovations and serious money.  Then the information is passed on to the client in a detailed report explaining just that.  The client then chooses how to proceed.  The solid reputation for thoroughness has made many clients pleased with their findings. Their exact ratings can be seen on the "Testimonials" page.

If you are looking for a thorough, honest, in-your-face inspector, Russ is your guy.  He tells it like it is and holds no punches.  He tells you what is wrong with the house and how major or minor it should be to fix.  With his daughter not far from his side and his son with a BSBA from OSU Columbus, he hopes someday his love for this business will allow everybody to be a major player in Down Home Inspections, but for now Russ and his wife are happy to be of service to you and your home or prospective home, as it may be.

Oh....Psst.....yes, the little guys are redheads (and love having Russ as a grandpa). 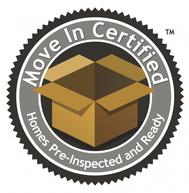 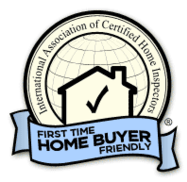 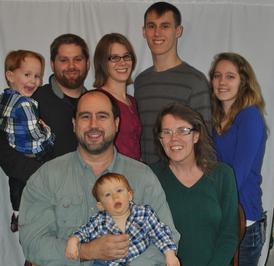 Our family is waiting to serve your family 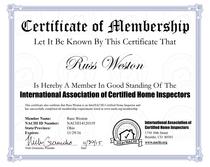 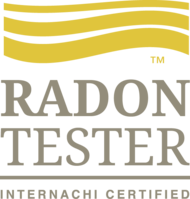 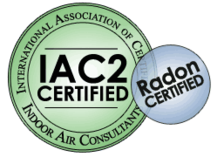